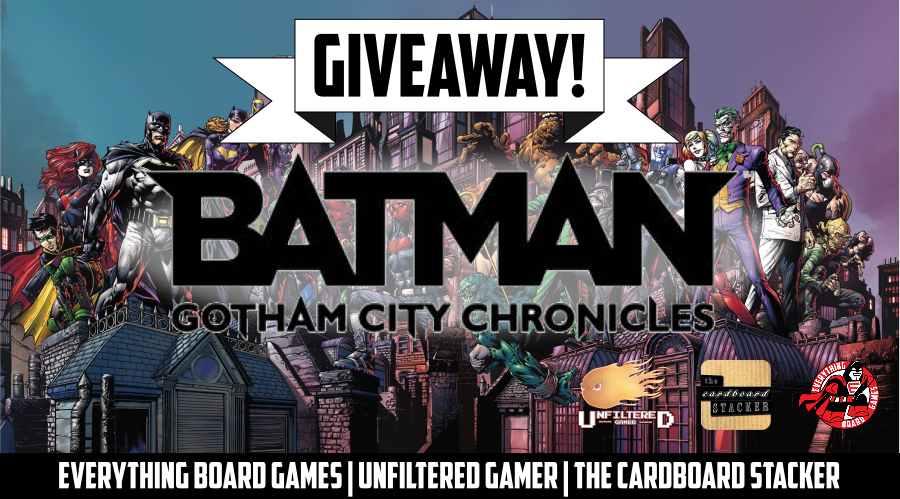 You built and defended your kingdom, and now that Winter is here, you need to battle the harsh elements and chillingly scary monsters.

Dwar7s Winter is a hand-building, worker placement, resource management game with tower defense elements in the gameplay. Each player wants to achieve the most victory points, but the only way to survive the winter is to work together.

While Dwar7s Winter is the sequel to Dwar7s Fall, it is an independent, standalone game that includes 36 highly-detailed miniatures.

It’s time for you to grab your golf clubs, put on your space shoes, and swing on over to the next rocket ship launch to Mars. Let’s have a round of golf on Mars Open

In this out of this world dexterity game, we are golfers on Mars. Just like real golf, the goal is to take your golf ball and move it from the starting area of the course into the hole. Each player will need to keep track of their score, the number of stokes it takes to take the ball to the hole. You want to do is to have the least amount of stokes to get your ball in to the hole. The player with the lowest cumulative score after nine holes is declared the winner.

There are a total of 27 courses you can play on, each with amount of difficulty for beginners and advance player. Each provided course has a specific layout that you’ll put obstacle on the table. There are a few mountains, and even the boxes themselves are used.

Your Martian golf balls are these folded cards. Their futuristic shape gives them the ability to remain stable on the playing surface area and allows the player to perform a number of trick shots. To do a stroke, you can simple flick it with your finger. You’re allowed to rotate your golf ball so you can flick it in a different angle. If your ball falls off the table then it’s “out of bounds” and a stroke penalty will be added to your score.

While the game has a good number of courses for you to explore, you are also encourage to make your own courses.

So what I like about Mars Open is it’s really your game, and very open to use your creative side. The game provided some interesting examples of courses already, but it’s so much fun to just make your own setup. You can make courses that span many tables, or stack up boxes and books to make a mountain. I like to use book so you have to claim up to get your ball in the hole.

Anyone can play this and I think Mars Open will be the next essential party game and family game everyone wants. It’s like having your own mini-golf course that you can have at home and a traditional game table is not needed. You can play this on a camping trip, or on the floor (which I discourage). Or bring to your next local adventurer’s pub.

While an easy game to learn and to pick up and you can just go for it, nderstanding and learning the art of card flicking can be a whole other level. You can do trick shots, power shots, and have it curve around cardboard mountains. If you’re not into that, it’s still a game that everyone can have fun with.

I’m thoroughly impressed that Mars Open is such a fun, yet simple game to play with anyone and take anywhere. It’s endless fun right out of the box. So take the next trip to Mars Open.

The Harvest Festival is ready to begin! Take you best warriors to gather material and beware the fire breathing beast. Dragon Canyon is a resource gathering game with tactics and a bit of bluffing.

The goal for Dragon Canyon is to earn the most points by constructing buildings with the material you gather and to fight off your foes.

Each player starts with an identical deck of character cards. The character have the own special powers, such as fighting formidable opponents and controlling the area. The board of the game is a 4 by 4 modular set-up that changes from game to game. Two special areas of the board, the fortified town and the dragons cave have specially effects. The fortified town give a bonus on attacks and the dragon cave sends the dragon to stomp down characters preventing them from taking any resource and discarding a card from the opponent’s hand. However, the dragon can be stomped out by the Dragon Slayer.

Each turn, the current player selects a character card from their hand and places it face down on the board. Then they may flip up to either use their ability or attack. They also may simple pass to the gathering phase. Character abilities like the Primal Canine can reveal other character, preventing them to gather resources, or the Tribal Mage can move opponent’s characters to other spots on the board.

If attacking, you pick an adjacent character to reveal. Both you and your opponent roll a die and adds the result to their character’s power. Some characters are good at fighting others, so it’s good to note what you’re up against. The Ancient wood Assassin, for example, can easily win against the dragon Slayer. The defeated player sends their card to the discard pile, while the winner gains the resource from the supply for which character was defeated. If you win and you’re also the attacker you gain loot cards worth 3 points and a bonus 10 whoever collected the most.

Before going into the gather phase, a Harvest event might trigger. When there’s a line of four cards, either horizontally, vertically, or diagonally, the Harvest Festival is here. Each player collects the recourses their character cards are on, then all of those characters are discarded.

Then on to the gather phase, each of your character collect resources on any character that is face-down. On the note of collecting resources, each resources that is collected will go to the caravan of your player card. In this game, resources are not readily available at first, but will be at the beginning of your turn as the resources from your caravan is moved to the stockpile. So in the claim phase, you are able to spend any number of goods from your stockpile to obtain buildings. After the claim phase is over, it’s the next player’s turn until one of the building decks have been depleted. If that’s the case, then it time to trigger the end of the round and everyone gets one more turn.

Buildings increase in value with the number you have. Some buildings will make opponents discard characters from their hand when they are built. At the end of the game, the player with the most points wins the game.

The main point of Dragon Canyon is placing your guys, gathering material, and build as much as you can. The overall game has a two-part structure. First is where you place your characters to help you gather material then second you spend that material to earn building with which is your points. However, planning is important and that is because your material can’t be used immediately. What I like about that is that no one player can jump right a head and make a quick turnaround. Also building what buildings is important to whether you get the most points as possible, and to make buildings that effect you in a beneficial way.

The heart of the game is playing your characters and take their powers to your advantage to get the materials you need to build. Card are placed face down and the player will decide at that time whether to do combat or to keep it so they can gather.

I believe the main decision point for each player is either attacking or gathering. Gathering, while easy enough to take the material can be barred from an aggressive player. It also helps that player who is attacking may have a shot of getting the loot card, the reward that is collected to player who wins the initiated attack. Not only that, but you can get rescores dropped from the defeated character. Going deeper to all this is that once a character is revealed, it a matter of time that another player will take the opportunity to counter it and even collect its resource.

I like that the board’s state is fluid and that character cards never stay too long. Triggering a Harvest Festival can work in different ways. One is characters return (but through the discard pile) but also gather your resources. The other is breaking off gathering points from your opponents. It will not only stop an opponent from gathering that spot, it will remove them from the board and make more room.

You revealed my character card!

Since players are playing cards facedown, it will lead to the question of if there’s any bluffing in the game? From my plays of the game, I believe that most of the decision are strategic ones and not something you can put something down and strike fear in the opponents. I’m never putting some down so that other players won’t go there and most of the time it will be the case of trying to gather. I also think that attacking is on the advantage from the player of initiates it since there’s points to be earned.

With the name Dragon Canyon, the game itself has very little to do with Dragons and there’s only one dragon in the game. In my plays, it’s not used much since is merely a way to slow down other players.

Dragon Canyon soars overs by taking resource gathering to a new level. The gameplay has surprises and keeps it’s interesting by having strategic decisions each turn. Fun for all gamers. An excellent game and has my crowdfunding recommendation award.

In this Kickstarter Preview, I have my brother Marc and my friends Jeffery, Victory, & Richard play a round of Cock Block from Kevin’s Got a Gun. This is a game about you trying to be the first rooster to score with chick in this fun and hilarious take-that game.