LINK: Link to the Kickstarter Project

It usually beings with being lost in the woods and finding an abandon cabin. This beings with you smashing down the cabin door. The game of Monster Slaughter is where you’re the monsters going after the humans and taking a bite out of them.

In Monster Slaughter you are a wonderful family of monsters trying to kill all the human teenagers who set foot in a cabin in the middle of the woods. The goal is collect the most points by breaking down doors, taking a bite out of flesh, and to carefully predict which of the humans will die in a certain order. 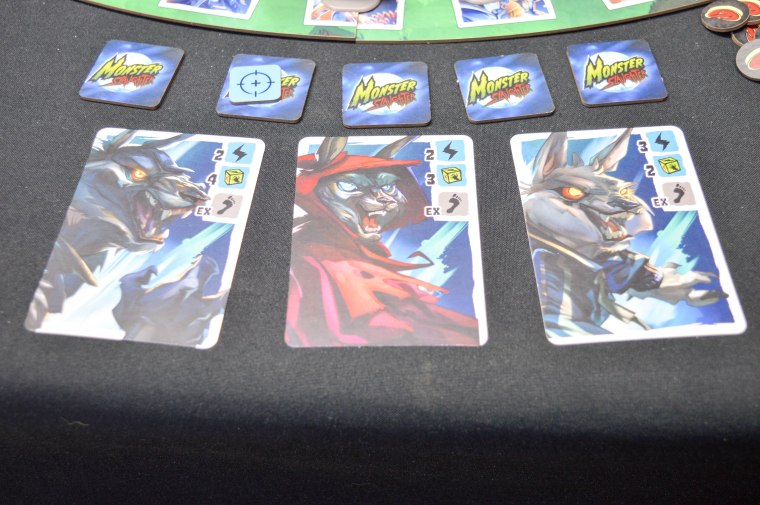 There are four families in total each with a father, mother, and child. You can be the Vampires who can ability to search better than the other monsters, or the Golems who are just known for their strength. The werewolves are quick and nimble and get around the cabin faster than anyone, and finally the Zombies who just won’t stay dead. Each family member has different skills and what they do better in. The Father has more strength, the child have more actions, and the mother fall in the middle. Each player will now decide what order they think the humans will die in. 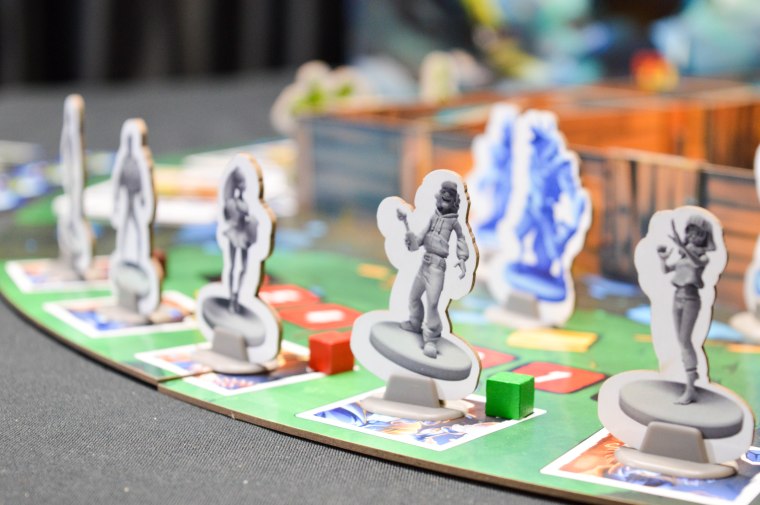 The game begins with the humans hiding in one of the rooms in the cabin, so their figures are placed off to the side for now. The players move in to the house and try to figure out where their first prey is. Each turn they move one of the family members. That chosen family member cannot act again until all have acted. They can take a peek by looking at the top card to a particular room of the cabin. They must also break down doors. This not only earns them a point but it also scares the hiding human and shuffles that room’s deck.

To find where they are, they can search around the room they are in by rolling the dice and drawing cards for each success on their dice rolls. Sometime it can be items which can hinder other monster’s attempts to attack the humans. If they do find a human, their card is revealed and their figure is placed on to that room. Now you can attack this human, but be careful, each human has their own ability to fight back and won’t go down easy. A point is rewarded for each successful hit give to the human. When a human dies, an extra point is given to the monster that defeated them, and then all players reveal they first dead human victim token. Getting it right will earn one brain token worth 3 points.

However, a human can be scared and moved to a different room which their time before death can be prolonged, giving the monster player a way to plan their kill order. When a human is no longer in a room with any monsters, they hide, removing their figure from the board and shuffling their card in room’s deck they were last seen.

After each round, when every player uses one of their monsters, an event card is drawn changing up some of the rules of the game. The game ends when all the humans are devoured or when dawn has broken after 12 turns. The player with the most points is the winner of the game.

This time you are the Monsters

What I really like about Monster Slaughter its finally turns the tables and you get to be the monsters. Not just one, but a family of three of them and each their then own unique ability. The game, to me, feels very thematic. You start lurking about the cabin and seeking out the humans. Then SMASH! The door breaks down and the scared little humans scrabble to hide away in the rooms.

The cabin in the middle of the table

The physical game itself is a spectacular center piece. It has a very large table presents and the actual game box is used as part of the board. Partitions are added as walls and they layout is designed in such a way that makes each room feel distinct. The doors are on a whole other level. These are not some top-down-put-between-wall markers. The doors rests, sandwiches itself in the walls. When you collect after you break down the door, you remove the enter door leaving a hole where it was, and it also counts as a point. This is very nice touch to the game. 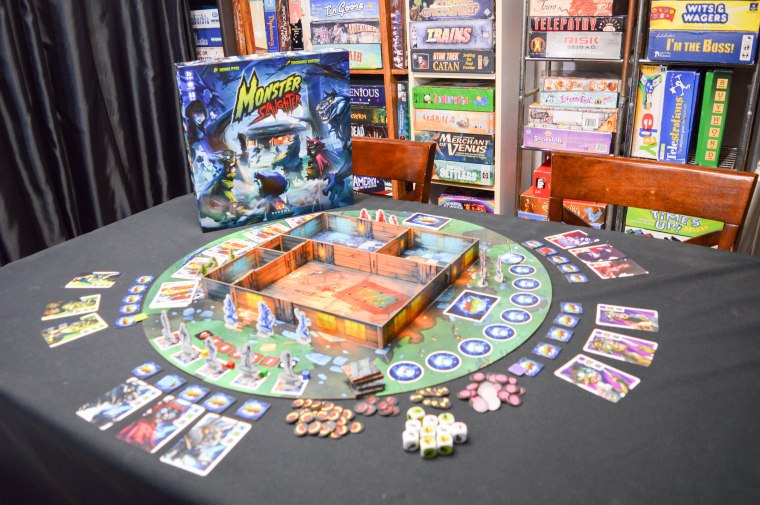 I really like games where there is only a finite amount of actions available in its entirety. In the style of the game, every move matters. Each monster can only move once until all the others in your family move. That means it’s very important to plan things out and what monster you’re going to use.

Who’s our next victim?

The most challenging part is trying to line up your kill list and even getting your ultimate target. Killing the humans in your particular order will give you more points and doing damage to them will also help. It will be tricky to how you can sway the chances of your next victim. This is where the scare action comes in handy, “helping” the humans buy their time to hopefully for you to put their death later and at a more appropriate time.

I’m having a bash with this game. A box that transforms into a cabin that immerse you right in the experience and getting to be in the perspective of the monsters; Monster Slaughter is a great additional to any horror game night. It’s an excellent game and one that I’m giving my crowdfunding recommendation award to. 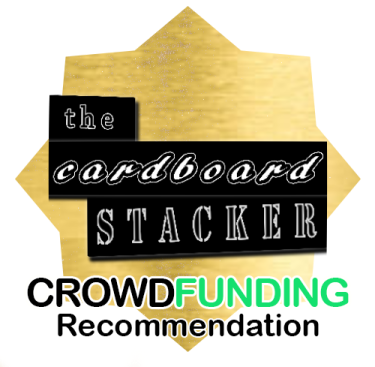